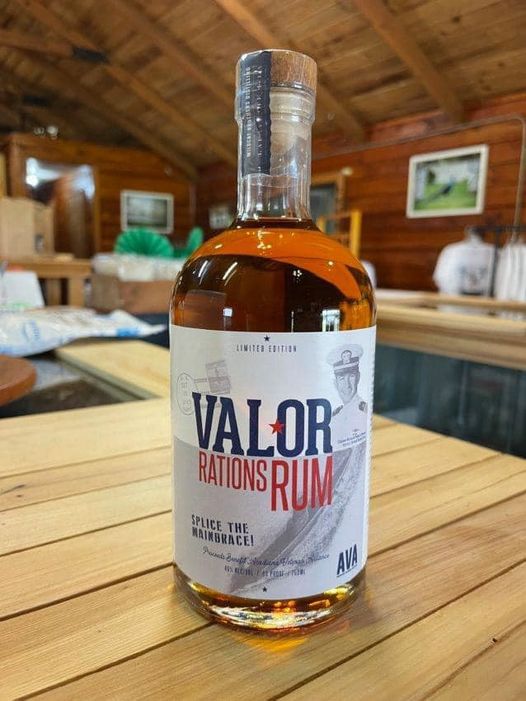 Splice the Mainbrace!! Exciting Announcement from AVA and Wildcat Brothers Distilling!!!
We introduce to you Valor Rations Rum. Aged over both French and American Oak, it has a mild earthy and nutty flavor, with notes of vanilla and even creme brûlée. 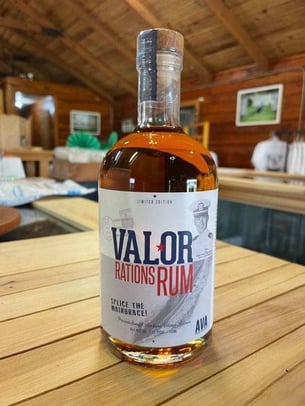 This rum is a direct partnership with the Acadiana Veteran Alliance (AVA), and with every bottle purchased, proceeds will be used to fund veterans’ WORK and HEAL programs.

This is the latest offering from Wildcat Brothers and will be sold in stores across Louisiana and the country!!

Each bottle features Captain Meaux, Veteran and Naval Commander who is the father of one of the Wildcat Brothers founders, David Meaux.  Also featured is the slogan of Valor Rations Rum, "Splice the Mainbrace!", the official order in the past to issue rations of rum to sailors in the HMS Navy.  While rations are no longer issued to today's Navy, we will bring back the tradition through AVA and Wildcat!!

The Mission of the Acadiana Veteran Alliance (AVA) is to unite Acadiana-area veterans, Acadiana veteran-owned businesses, and all Acadiana-based companies for a common purpose; supporting veterans in our Work, Heal and Give phases of assistance